I love ducks, especially the Disney ducks! For sure Donald Duck and his uncle, Scrooge McDuck, are my favourites classic Disney characters. I chose the second one for his iconic poses, very fun to replicate. After seeing a lot of references, I selected five famous poses and I handled those like five different miniatures, with a base and some accessories, but with more fine details than in a real toy. The most interesting part was taking a 2D character and convert it into a 3D character. In 3d world you can't cheat or, at least, less than in 2D flat world, so my model had to works in any views. An instant recognizability was one of my goals. I wanted it to be very similar to the traditional cartoon, but, in the same time, concrete and tangible. 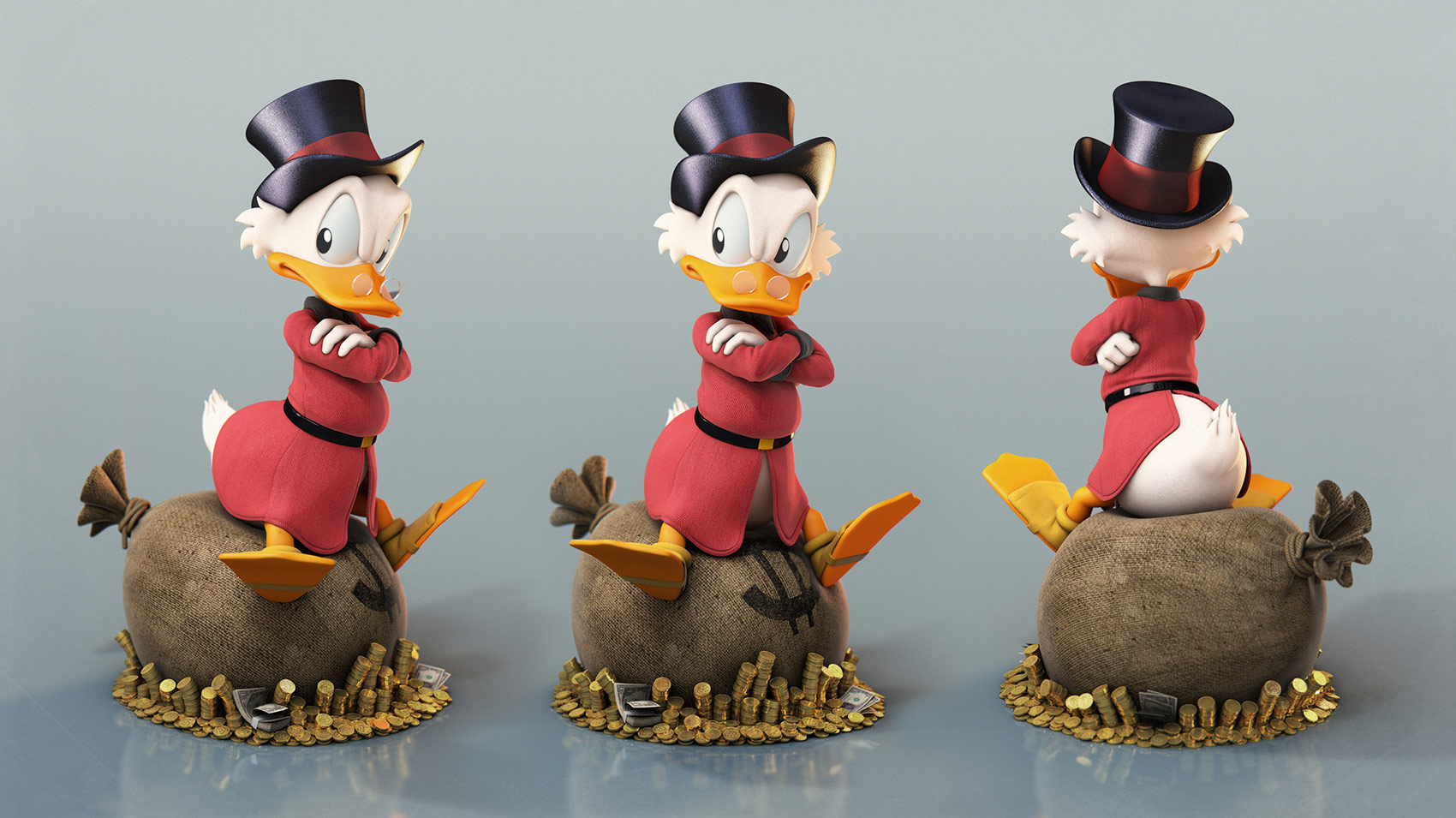 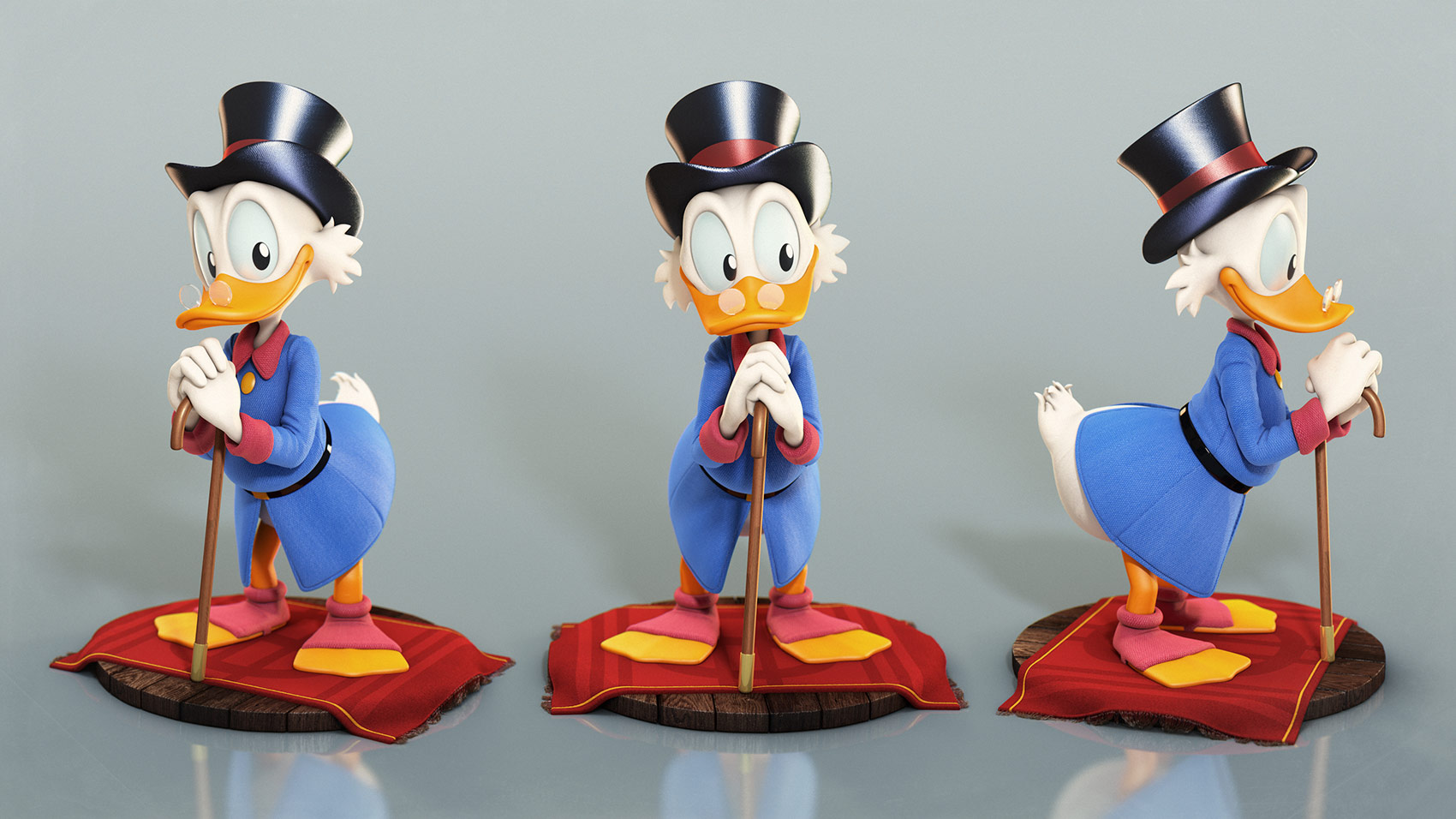 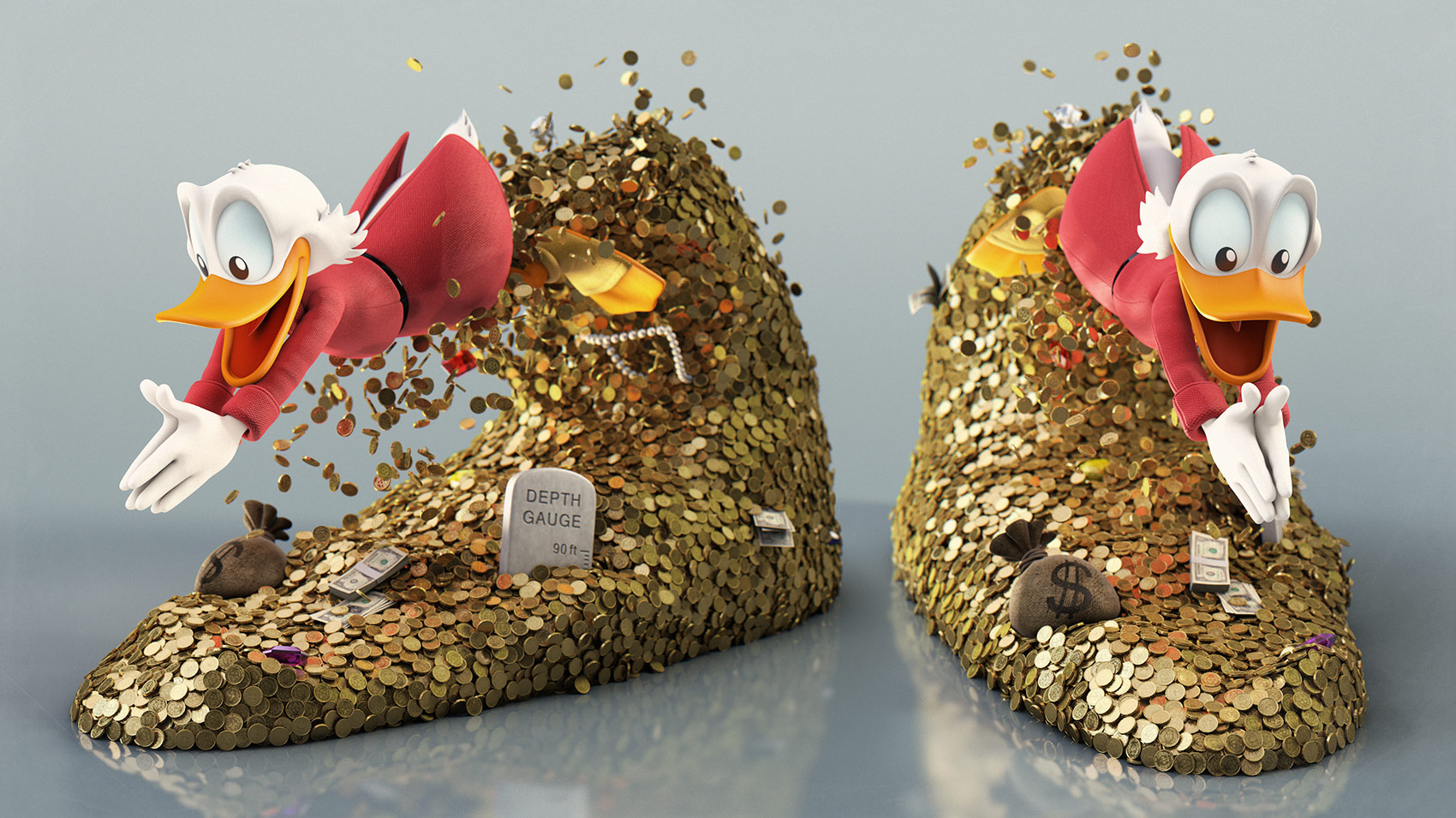 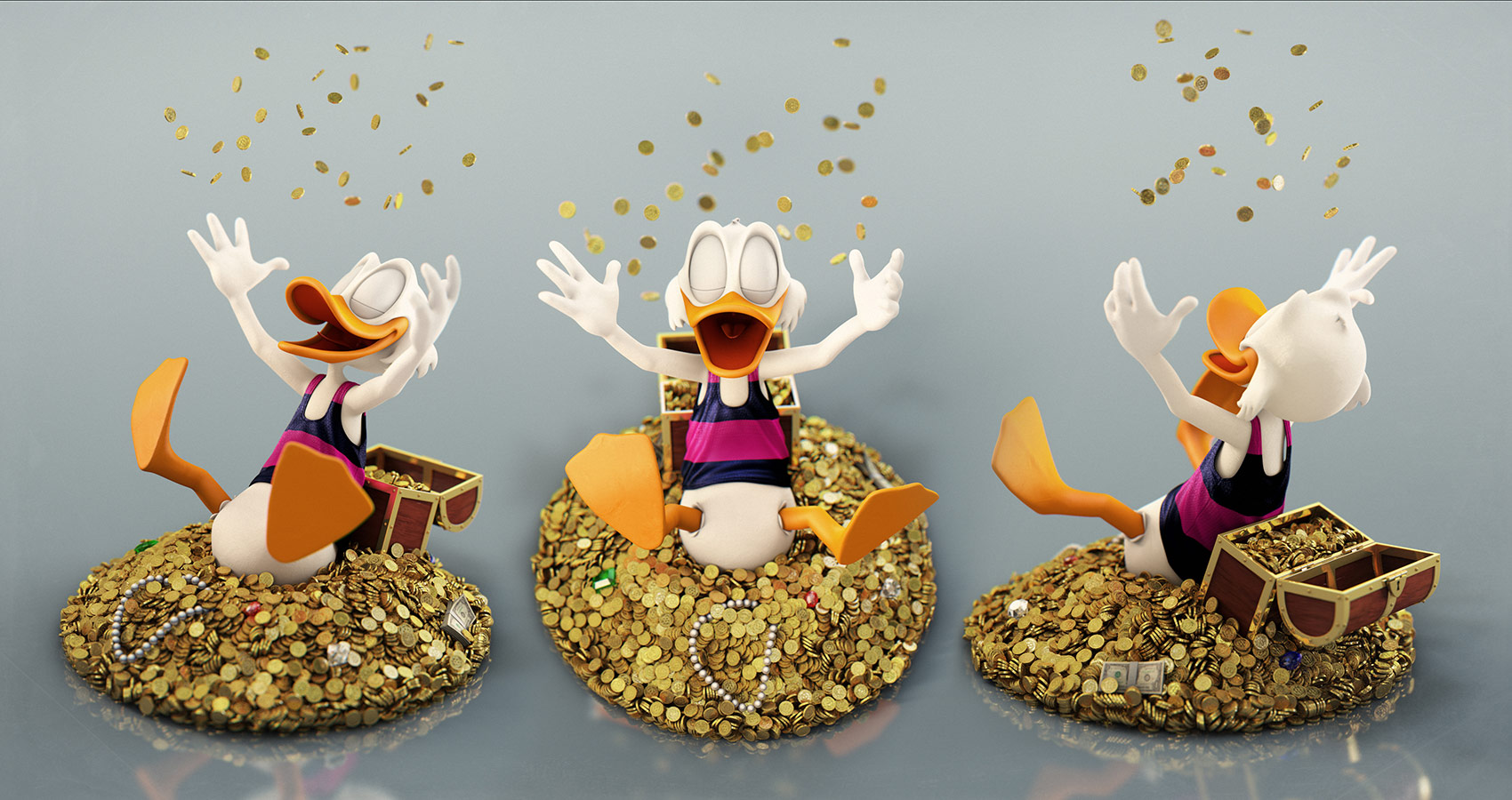 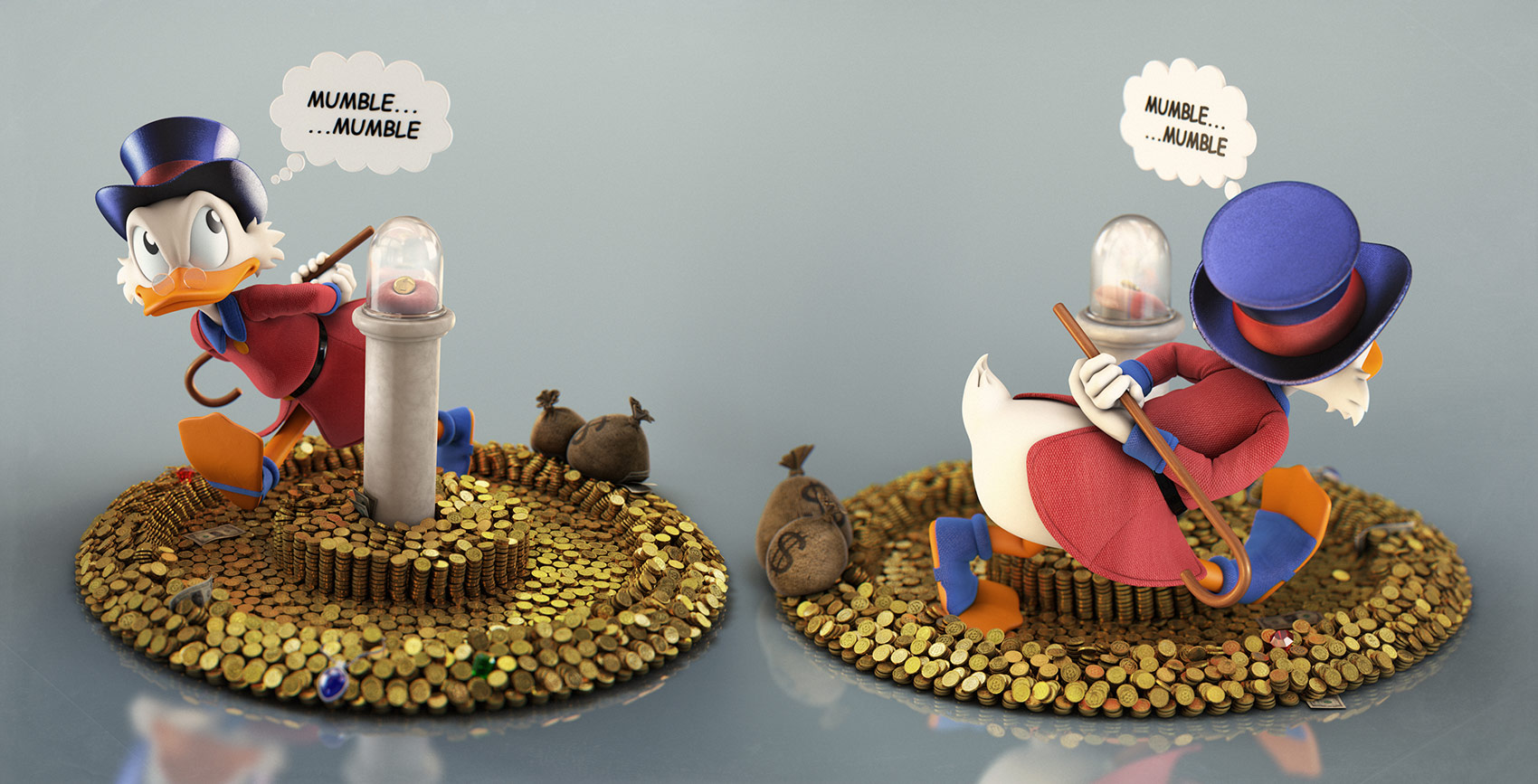 All made in Cinema 4D, I modeled Scrooge and his clothes in T-pose, then I modeled the bases and I did a simple rig in order to pose the characters on them. For the coins disposition, I mainly used mograph and dynamics. I rendered it with the Cinema 4d physical render engine. 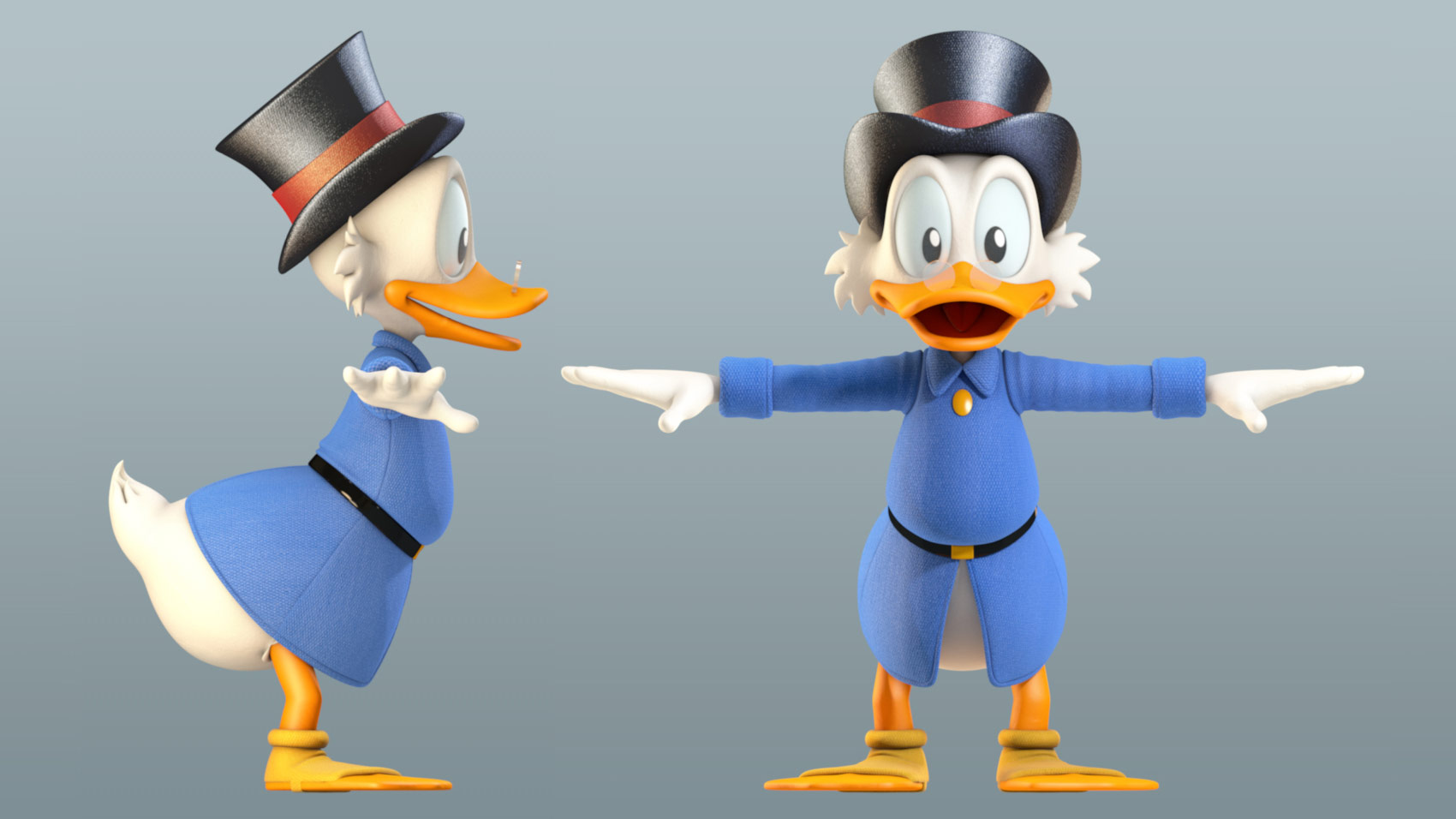 PLEASE BE PATIENT: THIS WEBSITE IS UNDER CONSTRUCTION, IF YOU WANT TO CONTACT ME PLEASE SEND ME AN EMAIL AT EDER.CARFAGNINI@GMAIL.COM. SO LONG AND THANKS FOR ALL THE FISH.